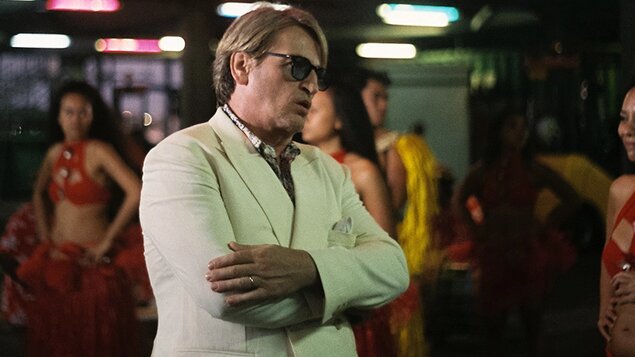 On an island in French Polynesia, the High Commissioner a man with a turbulent naturalness and high diplomacy, lives between the highest echelons of politics and the lowest social stratum of his co-citizens. Rumour has been going around: the sighting of a submarine whose ghostly presence could herald the return of French nuclear testing.

From his vision of the dying Sun King in The Death of Louis XIV (Cannes Special Screening, 2016) to his new exotic plot set under nuclear threat, Albert Serra, director of the avant-garde Liberté (Cannes Special Jury Prize Un Certain Regard, 2019), challenges all the conventions of conformity. In Pacifiction presented in Cannes Competition, a delicious tropical tale warmed by the Tahitian sun, Benoît Magimel dons the costume of a High Commissioner alongside Sergi López, as a seedy nightclub owner.