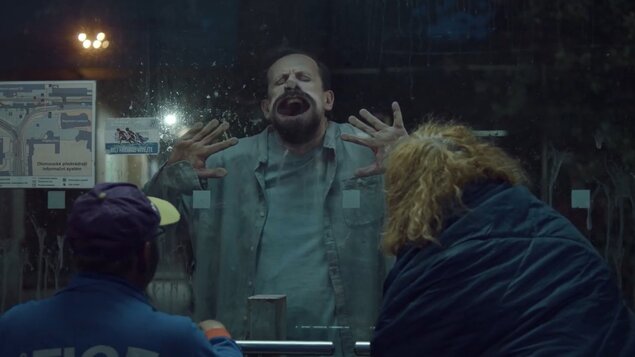 Actor Pavel Šnajdr eagerly accepts an opportunity to direct his first film. He’s not bothered that he has to leave Prague and head for Olomouc in order to do this. Quite the reverse. Things aren’t going very well in his marriage and in Olomouc he gets to live with his eccentric grandma, who shares his distinctive sense of humour and mystification and is thus the ideal partner for him in a piece of improvised performance. However, the preparations for the premiere don’t go exactly according to plan. Grandma doesn’t like being bossed around on stage and the director of the cultural centre has a completely different artistic vision from that of Šnajdr. Pavel Šimčík, Iva Janžurová and Iva Pazderková are outstanding as the leads in Miroslav Krobot's bittersweet comedy.