Margrete: Queen of the North 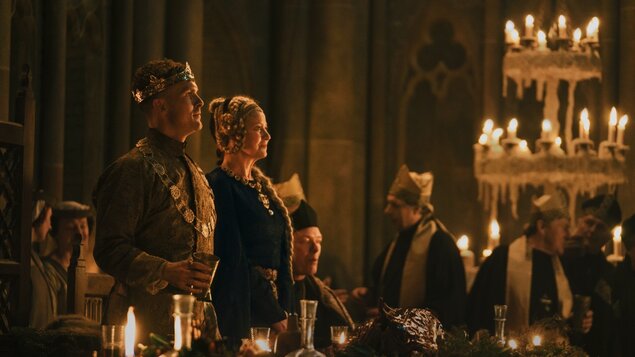 The story of a woman who united Scandinavia

1402. Queen Margrete is ruling Sweden, Norway and Denmark through her adopted son, Erik. But a conspiracy is in the making and Margrete finds herself in an impossible dilemma that could shatter her life's work: the Kalmar Union.

The year is 1402. Margrete has achieved what no man has managed before. She has gathered Denmark, Norway and Sweden into a peace-oriented union, which she single-handedly rules through her young, adopted son, Erik. The union is beset by enemies, however, and Margrete is therefore planning a marriage between Erik and an English princess. An alliance with England should secure the union’s status as an emerging European power but a breathtaking conspiracy is under way that can tear Margrete and all she believes in apart. Director Charlotte Sieling has a long career as one of the most acclaimed Danish directors on TV-series such as Borgen (2013), The Killing (2009), The Bridge (2011), Those Who Kill (2014) and US series Homeland (2018). With MARGRETE - QUEEN OF THE NORTH, Charlotte Sieling will bring one of the greatest stories from the Nordics to the big screen. The story of one of the most powerful women in European history.