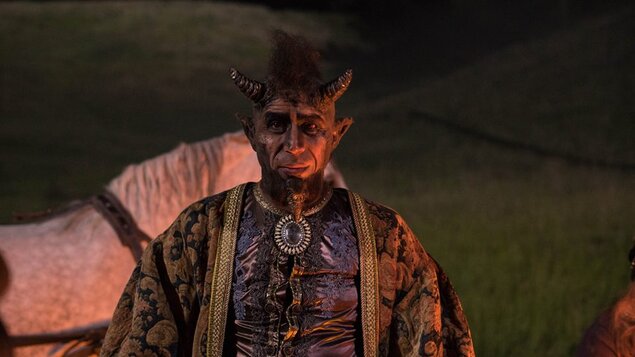 It is a fairy tale for children and adolescents. It tells about famous warriors Cossacks and their family. About Paradise and Hell, Christmas and evil forces. The Devil makes an agreement with St. Peter. If he can capture best Cossack warrior Semen and hold him until Christmas night, he will be able to wipe the entire Cossack nation off the map. After that, the Devil catches a Cossack warrior by using underworld trickery. Mean - while, Semen's parents are looking for the opportunity to save their son. Traditional heroes of the Ukrainian folklore come to help them. As long as our hero tries to free himself, the devil creates a mighty army and transforms Semen's friends into witches. In the end, Semen finds his Cossack way out of trouble and to freedom.